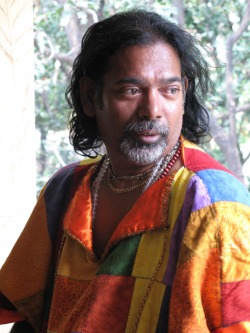 The Bauls are a tradition of religious minstrels in Bengal whose songs of joy, love, and longing for mystical union with the Divine evoke a profound spirituality.

The Bauls took elements from devotional Hinduism, Tantric Buddhism, and Sufi Islam and integrated them into simple, natural, and direct approach to God that seeks to transcend established religious boundaries. It is their belief that love for humankind is the path leading to love of God. The best worship of God takes place only deep within one's heart.

The Bauls' ecstatic worship and unconventional modes of behavior, such as wearing both Hindu and Muslim garments at the same time, have earned them a reputation as nonconformists. The word baul is derived from batul, meaning "afflicted with the wind" or "mad." Thus branded "crazy for God," the Bauls go their own way, quarreling with none, wandering free as the wind. Their simple language, passionate rhythm and sensuous dance steps speak directly to one's heart.

Baul is not just one of the many things unique to Bengal. This wandering music cult has a special place in the history of world music. The word "Baul" has its etymological origin in the Sanskrit words "Vatula" (madcap), or "Vyakula" (restless) and used for someone who is "possessed" or "crazy". Originally, the Bauls were nonconformist, who rejected the traditional social norms to form a distinct sect that upheld music as their religion. "Baul" is also the name given to the genre of folk music developed by this creative cult. It's easy to identify a Baul singer from his uncut, often coiled hair, saffron robe (alkhalla), necklace of beads made of basil (tulsi) stems, and of course the single-stringed guitar (ektara). Music is their only source of sustenance: They live on whatever they are offered by villagers in return, and travel from place to place, as it were, on a vehicle of ecstasy.

Music of the Heart!
Bauls croon from their hearts and pour out their feelings and emotions in their songs. But they never bother to write down their songs. Theirs is essentially an oral tradition, and it is said of Lalan Fakir (1774 -1890),Nabani Das Khyapa Baul the greatest of all Bauls, that he continued to compose and sing songs for decades without ever stopping to correct them or put them on paper. It was only after his death that people thought of collecting and compiling his rich repertoire.

Baul Themes
The theme that Bauls deal with in their lyrics is mostly philosophical in the form of allegories on the state of disconnect between the earthly soul and the spiritual world. Often they philosophize on love and the many-splendoured bonds of the heart, subtly revealing the mystery of life, the laws of nature, the decree of destiny and the ultimate union with the divine.

A Musical Community
Bauls live like a community, and their main occupation is the propagation of Baul music. But they are the most non-communal of all communities: They have no religion, for they only believe in the religion of music, brotherhood and peace. Predominantly a Hindu movement, the Baul philosophy weaves together different Islamic and Buddhist strains as well.

Baul Gadgets
Bauls use a variety of indigenous musical instruments to embellish their compositions. The "ektara", a one-stringed drone instrument, is the common instrument of a Baul singer. It is the carved from the epicarp of a gourd, and made of bamboo and goatskin. The most popular instrument is the Khamak or Ananda Iahari or Gubgubi. It is a cylindrical metal drum with two strings, producing a wide range of sounds for the melody and rhythm of the music.Other commonly used musical paraphernalia include "dotara", a multi-stringed instrument made of the wood of a jackfruit or neem tree; "dugi", a small hand-held earthen drum; leather instruments like "dhol", "khol" and "goba"; chime tools like "ghungur", "nupur"; small cymbals called "kartal" and "mandira", and the bamboo flute.

Baul Country
Originally, the district of Birbhum in West Bengal was the seat of all Baul activity. Later the Baul domain stretched to Tripura in the north, Bangladesh in the east, parts of Bihar and Orissa in the west and south respectively. In Bangladesh, the districts of Chittagong, Sylhet, Mymensingh and Tangyl are famous for Bauls. Bauls from far off places come to participate in the Kenduli Mela and the Pous Mela - the two most important fairs held in West Bengal for Baul music. It's hard to think of Bengali culture sans the Bauls. They're not only an intrinsic part of Bengal's music, they're in the mud and air of this land, they're in the mind and blood of it's people. The spirit of the Bauls is the spirit of Bengal - ever-flowing in its society and culture, literature and art, religion and spirituality.

Tagore & the Baul Tradition
Bengal's greatest poet the Nobel laureate Rabindranath Tagore wrote about the Bauls: "One day I chanced to hear a song from a beggar belonging to the Baul sect of Bengal...What struck me in this simple song was a religious expression that was neither grossly concrete, full of crude details, nor metaphysical in its rarefied transcendentalism. At the same time it was alive with an emotional sincerity, it spoke of an intense yearning of the heart for the divine, which is in man and not in the temple or scriptures, in images or symbols... I sought to understand them through their songs, which is their only form of worship." 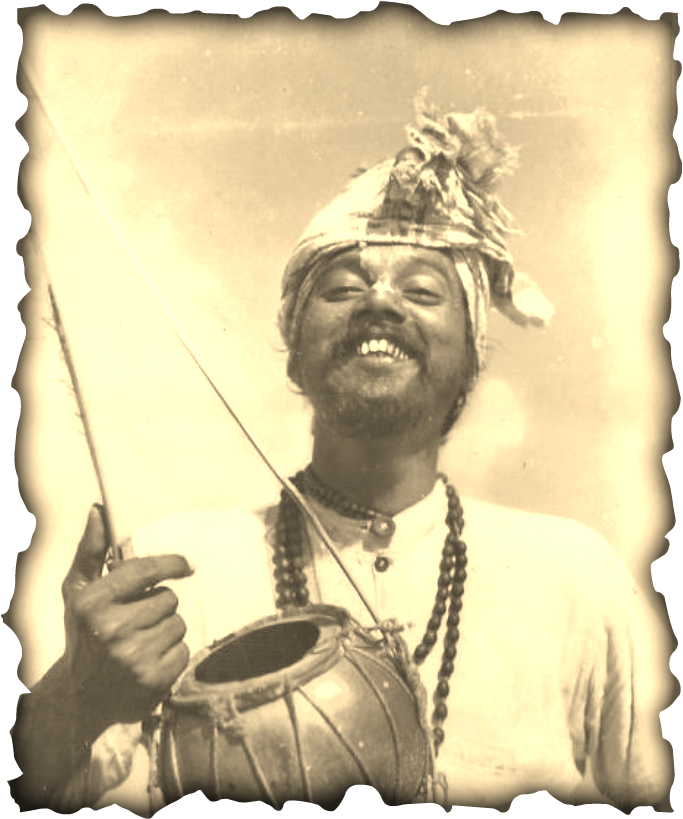 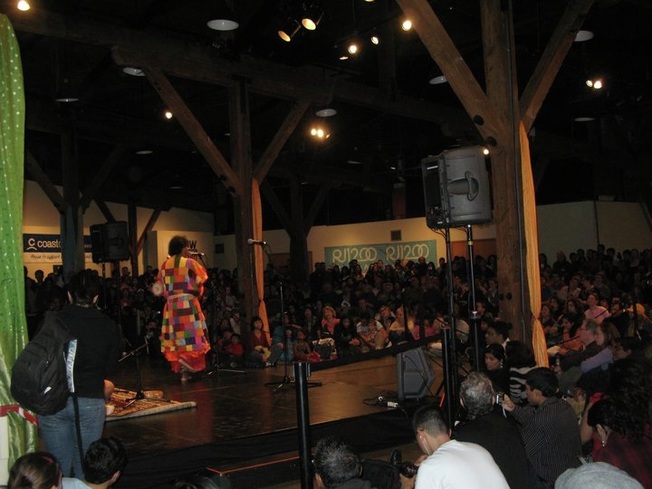